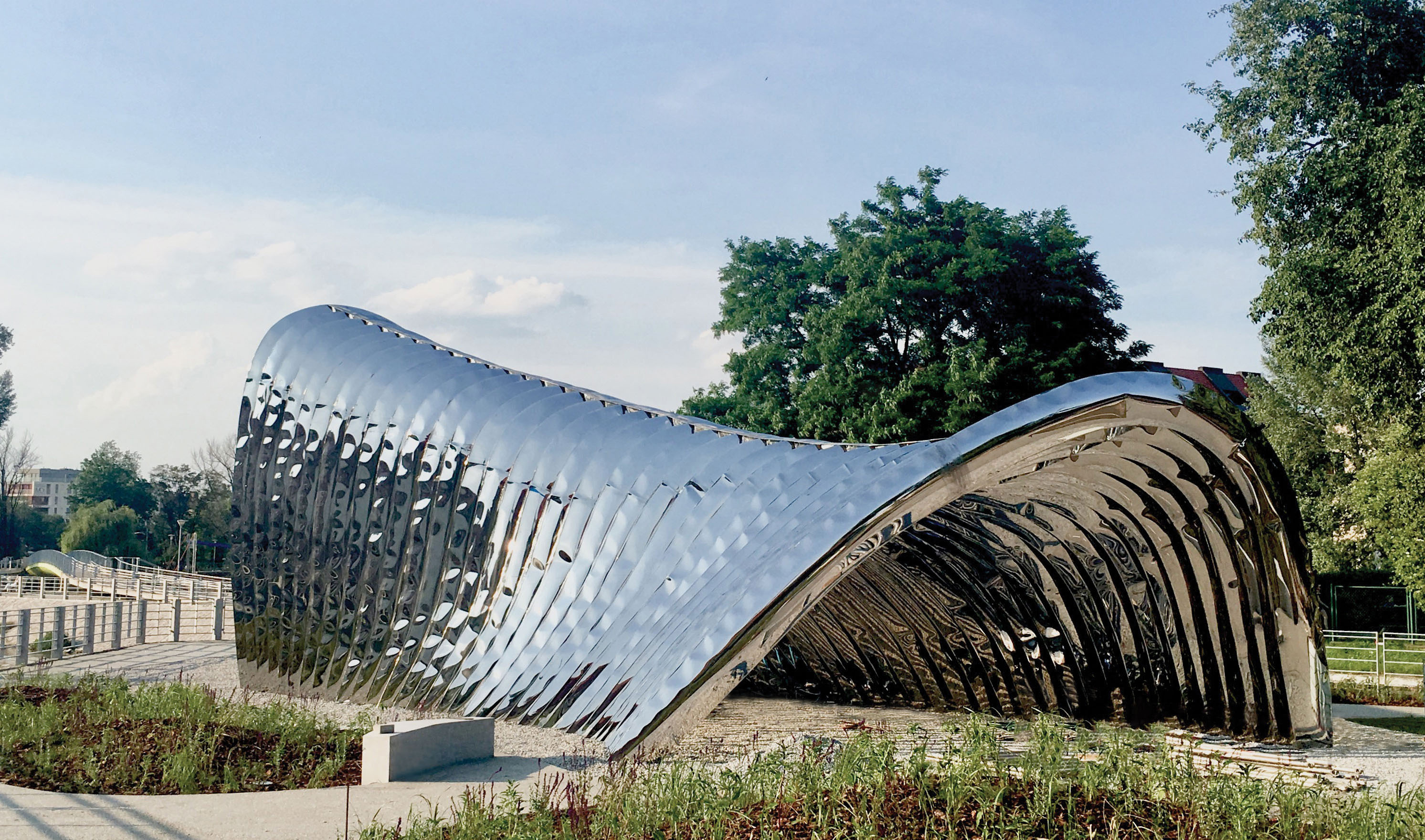 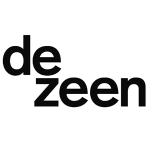 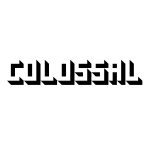 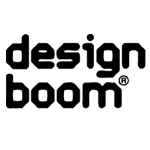 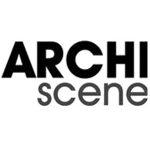 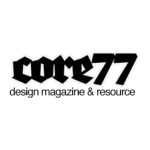 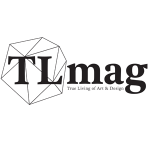 The NAWA sculpture is a part of the European Capital of Culture 2016 celebrations, whose main slogan is “metamorphoses of culture”, i.e. shifts occurring in the domain of culture, communities and the city itself. The idea of metamorphosis itself also underlies the NAWA sculpture.

Due to polished steel surface NAWA reflects its surroundings. It gives viewers a different feeling every time.

As the final effect the NAWA is the ultralight, durable construction made up of several dozens steel arches making the openwork gate through which any can walk freely. Received bionic form and polished surface reflecting the surroundings create the effect of naturaly growing sculpture with constantly changing look through the day.

Bionic shapes establish the impression that the sculpture grows straight from the ground. Simultaneously, the construction based on the arches relates to the monuments nearby: The Ossolineum, The church’s tower at Piasek, Wrocław Market Hall and Ostrów Tumski.

NAWA’s construction is based on the arches. Looking through the perspective of an architect, an arch is a perfect structure used in antique and gothic buildings. The invention of the arch was an immense breakthrough in the architecture and allowed to build tapered constructions. In the NAWA sculpture, arches serve both as the elements of construction and artistic ways of expression.

The arch was the main research object for Jean Prouvé – the famous French designer and constructor, as it constituted an optimal form for the modern constructions. It allowed for the effective exploitation of resources and made the production process relatively easy. NAWA is the manifesto of the innovative use for the traditional arch form, which was made possible by FiDU technology.

One of the major source of inspiration for Oskar Zięta is bionics. This branch of science allows to invent technical solutions which mimic the behaviour of living organisms. The search of form has led the artist to the construction of bionic arches linked together. The form of the sculpture relates both to the natural surroundings and the neighbouring buildings.

Despite its artistic character, the sculpture will also fulfill its social functions in the public space. In the designing process, researching the potential social impact of the sculpture and aesthetics were equally important. It has been contemplated how NAWA forms part of its surroundings and how it will be affecting its audience – both the passers-by and the ones who walk under it. 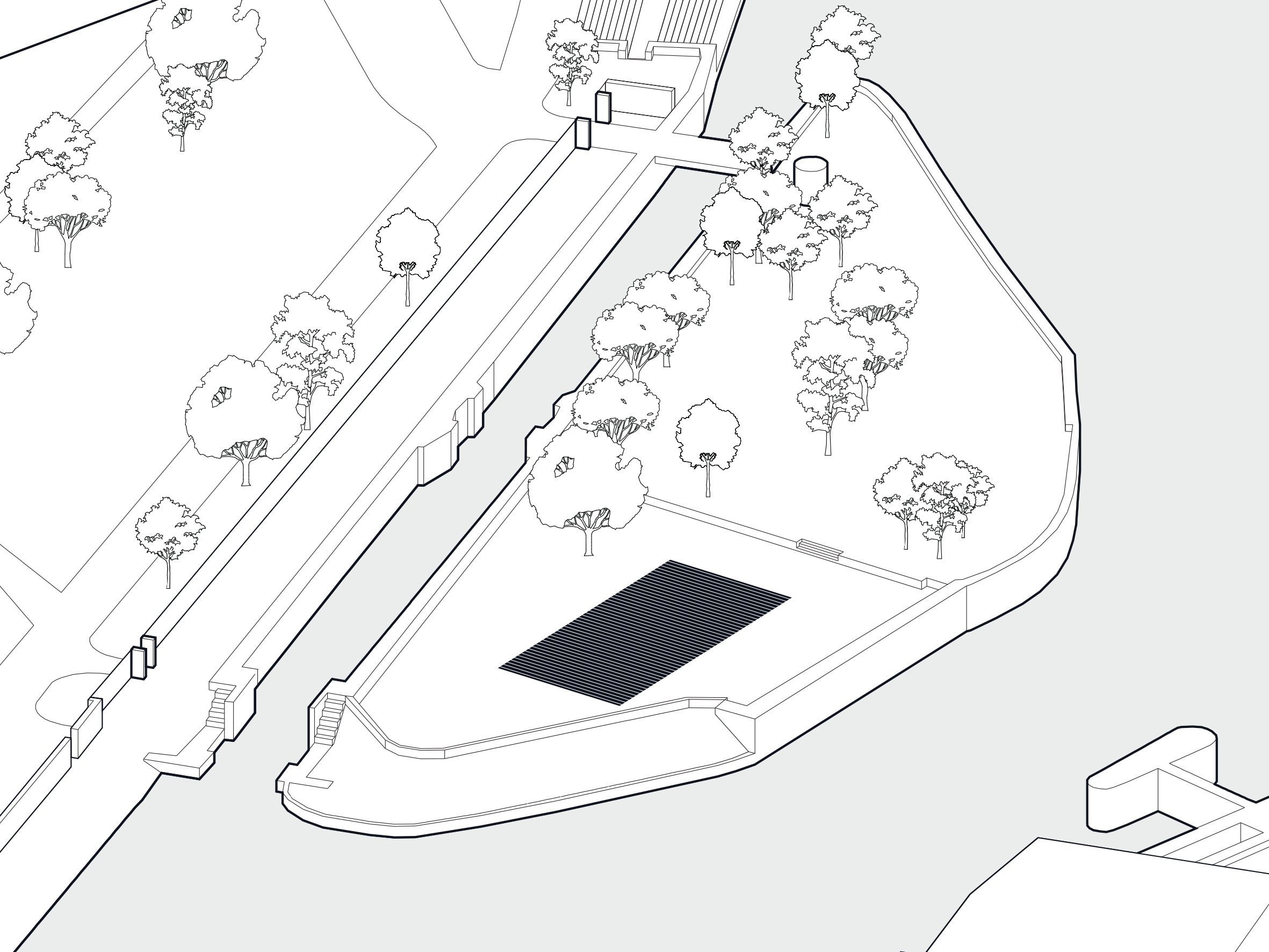 Thanks to the well-considered spot and the form which resembles a gate, the audience can contemplate the sculpture both from the inside and from the outside. The additional footbridge makes the island accessible for the pedestrians. 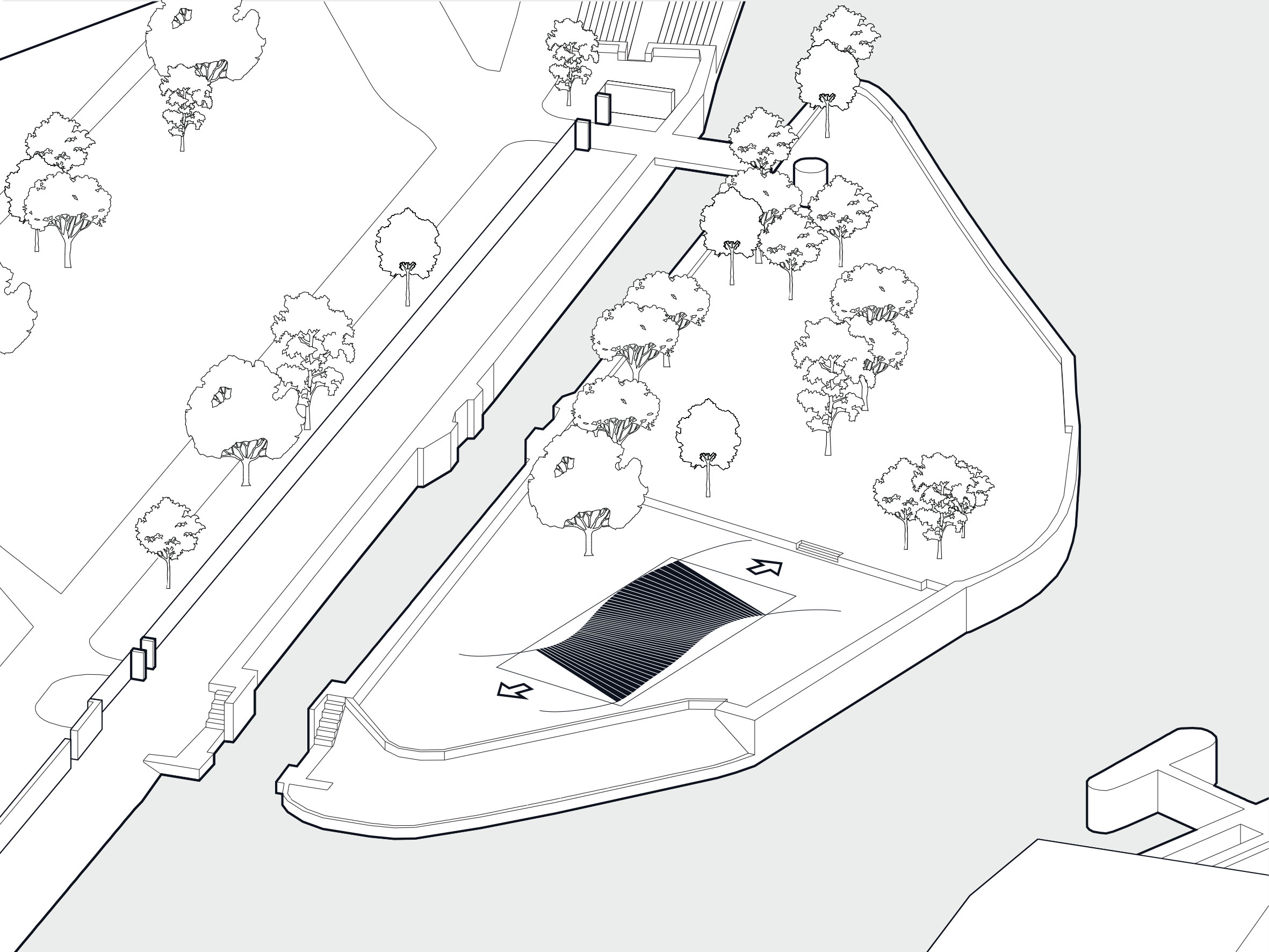 The curvature of the sculpture is adjusted to the pathway which links both exits from the island. The construction allows to aim the eyesight of the pedestrians to the selected landscapes, revealing and blotting out numerous perspectives. 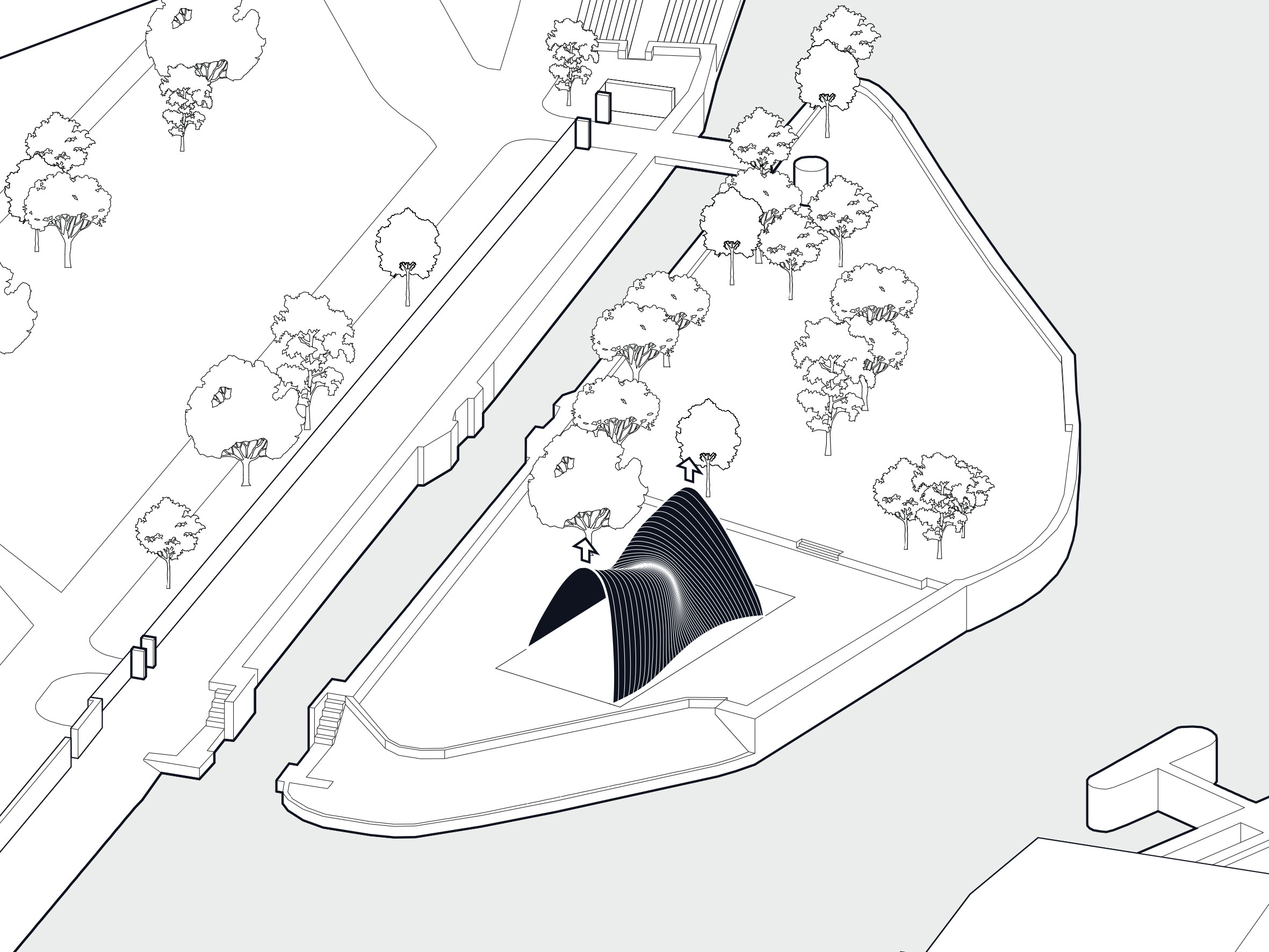 Bionic shapes establish the impression that the sculpture grows straight from the ground. Simultaneously, the construction based on the arches relates to the monuments nearby: The Ossolineum, The church’s tower at Piasek, Wrocław Market Hall and Ostrów Tumski.

The organic arches are the result of parametric design. This innovative domain operating in architecture, engineering and city planning relies on software which allows to generate blocks on the basis of combined input of parameters. During the process of computer shaping, forms are generated, which surprise the creator of the sculpture himself.

Thanks to the initial parameters, the final shapes fulfill practical goals, such as optimal size, weight, adaptation to the environment. The NAWA design required advanced calculations and modelling in Grasshopper software, which allowed to generate 60 blocks. Their shape was accommodated to the terrain and surroundings.

FiDU – technology of the future 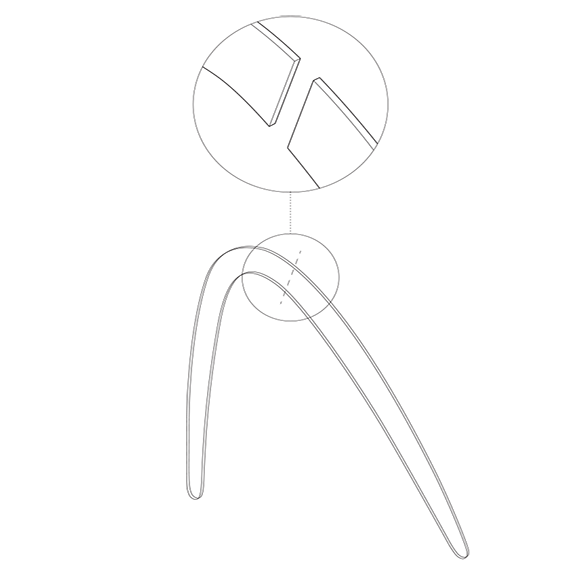 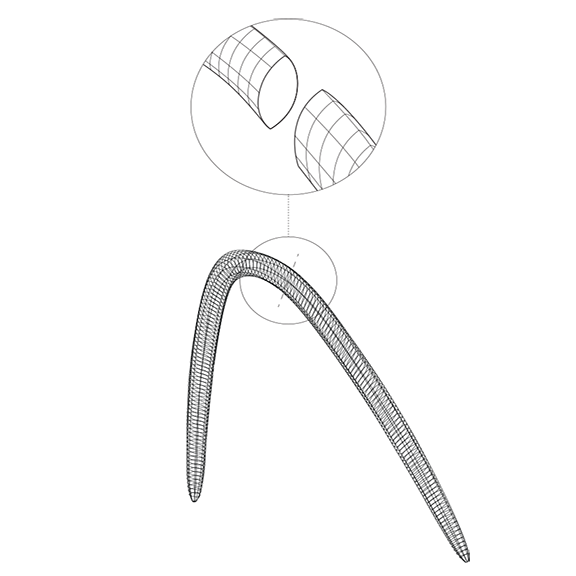 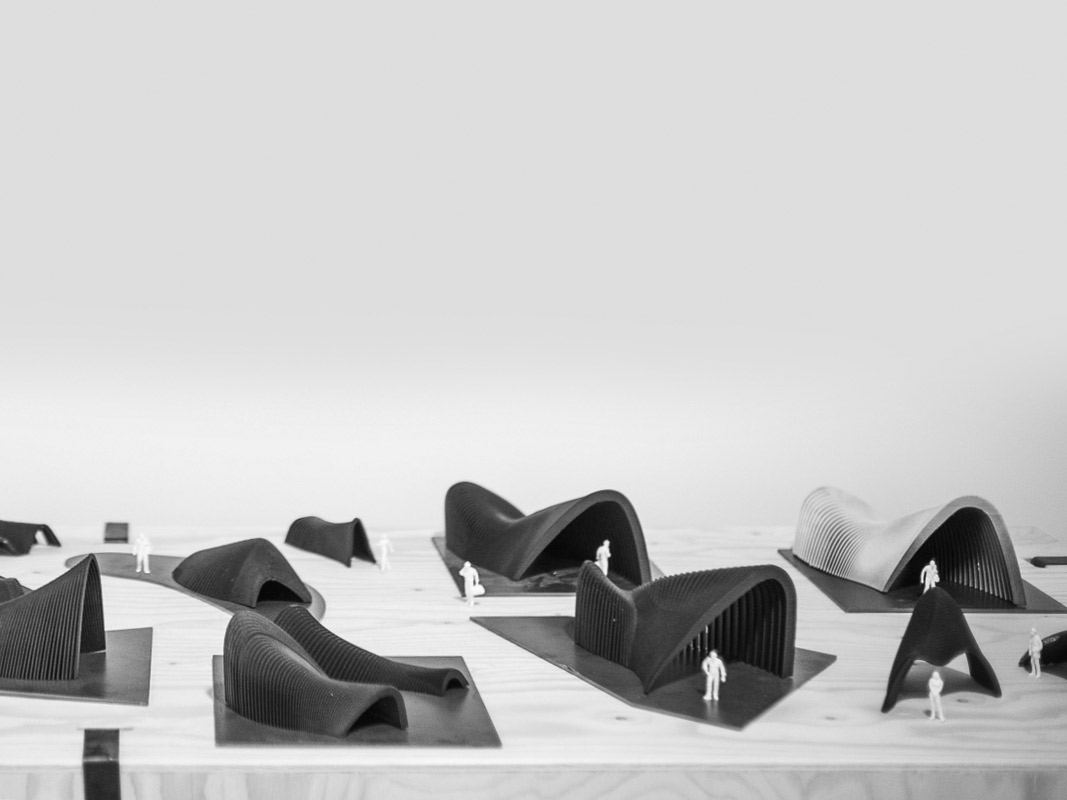 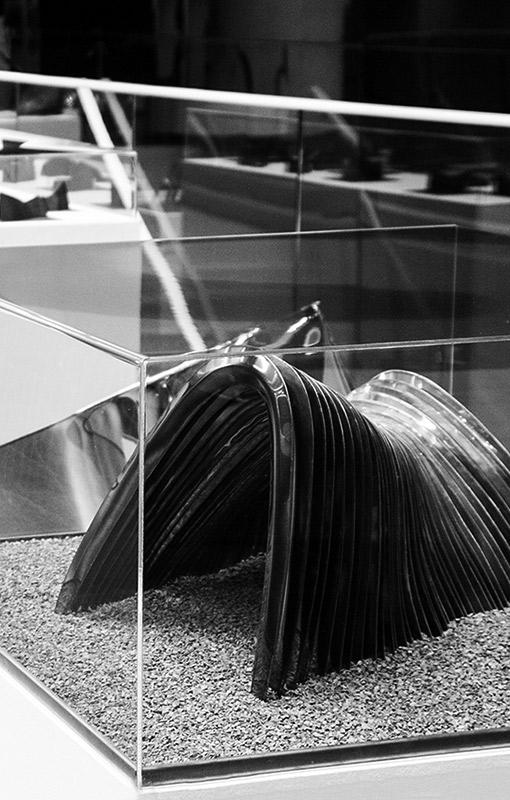 The weight of the ultralight construction was possible thanks to FiDU – the innovative technology invented by Oskar Zięta. It allows to distort the shapes of steel elements welded together. Thanks to “inflating” it with compressed air, the metal forms become durable and stable, maintaining its lightness at the same time. NAWA is the first FiDU construction on such a large scale. Therefore, it will become a manifesto of this innovative technology.

Operating on the intersections of art, design and science, Oskar Zięta reaches beyond the traditional definition of an artist. During his sculpting process, the form is created with the use of digital manipulations. The initial vision of the construction of the sculpture was translated to digital language, which allowed to count the durability of its elements.

Oskar Zięta says that the best ideas are born among dust, dirt and sweat. That is exactly where this piece of art was brought to life. NAWA was born in a special place – former shipyard. This choice was determined by the size of the sculpture which required unusually large production hall and also easy access to the Odra river.

For months elements of NAWA were cut, welded and then blown with air. The vast majority of works took place in the production hall. Thanks to that we could save time during the installation on the Daliowa Island. The long hours of hard work paid off when we saw the final effect.

Extraordinary projects require extraordinary solutions. Because of that we used a special method to transport arches of NAWA. All of the elements were carried from the production hall to the Daliowa Island on barges. Citizens of Wroclaw could witness this spectacular journey from the bank of the Odra river.

Paradoxically, in Wroclaw, city famous from its number of bridges and known as the Venice of the North, inland water transport has lost its popularity over the last few years. Hopefully, such a spectacular project will help in restoring it and bring Odra river back to life.

Construction and assembly works begun in April of 2017. Prior to that builders and surveyors had been preparing ground at the Dailowa Island for several weeks. NAWA was transported in parts and then put together on the island. Due to this solution works resembled an installation and took much less time.

Day by day something which had been a drawing just couple months before, was turning into reality. In May our team was adding the finishing touches to the sculpture. Thanks to their hard work and dedication NAWA was finally ready at the begining of June, 2017.

The official unveiling took place on June 30th, on the altered Daliowa Island. Inhabitants of Wroclaw gathered on th island to experience for the first time Nawa sculpture by Zieta. The opening was also the culmination of the European Capital of Culture 2016 celebrations.

One of the main reasons behind sculpture’s creation was to give the island a new life. The opening proved we’ve reached this goal. Nawa caught eye of many visitors, even the youngest ones. As the first city sculpture made in innovative FiDU technology, Nawa is the highlight of the renewed island.

NAWA is located on an unusual, mysterious and wild site.

The NAWA sculpture is erected on Daliowa Island – the smallest of over a dozen islands in Wrocław is situated in the primal current of the Odra river and is surrounded by both lush greenery and historic architecture. During several decades, Daliowa Island has evolved significantly. Before World War II it was bursting with life;

during the War it was markedly destroyed; after the War it was brought back to life, but in the recent years it has been almost forgotten. Today, thanks to the NAWA sculpture, set up as part of the European Capital of Culture, the island can be re-born and remind the citizens of Wrocław about its presence.

Inhabited, ruined and rebuilt. Until 1980s the island was perceived as an important point on Wrocław’s social map. 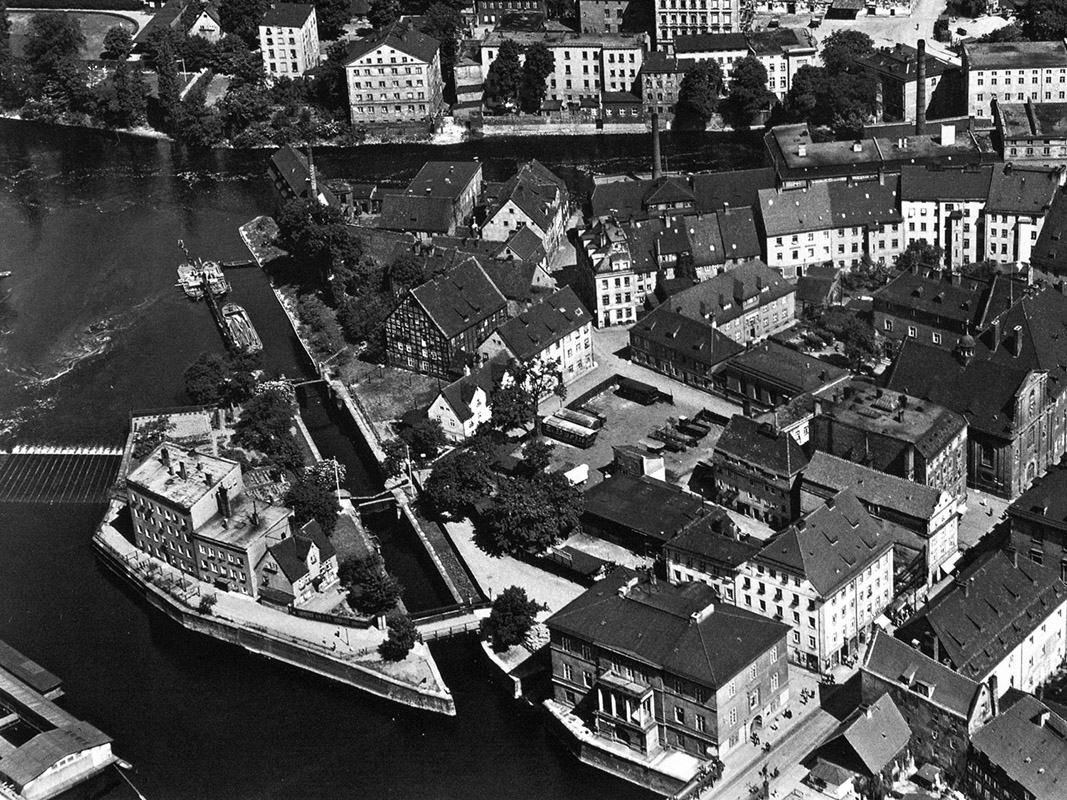 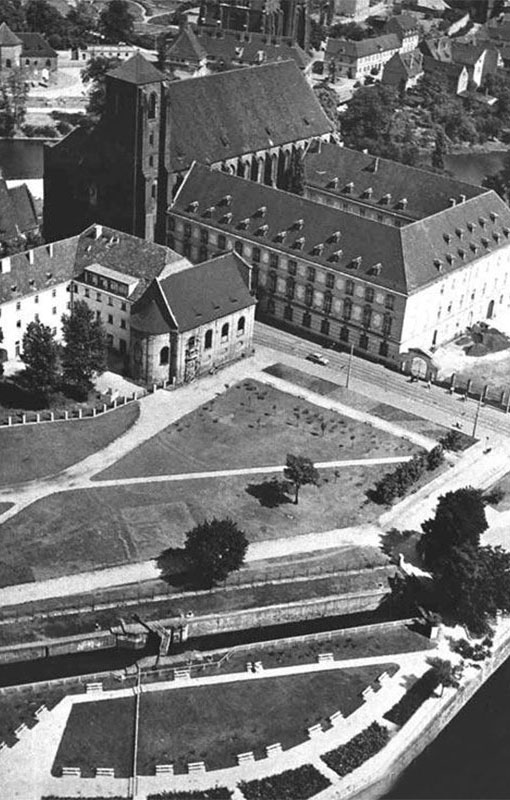 The plan for Daliowa Island revitalization includes turning the island into a place full of greenery which would at the same time be a meeting place in the city centre. NAWA sculpture perfectly embodies these assumptions. It does not ruin the natural character of the island and simultaneously it is an articulate and attention-grabbing urban element in Wrocław.

The sculpture does not alter the wild character of the island. Quite the contrary: it amplifies the nature’s presence. Polished steel surface is reflecting its green surroundings, the river and historic architecture. Depending on the weather and time of the day, the sculpture looks differently each time.

Slow but constant process of degradation and the flood in 1997 made the citizens abandon and forget about the island.

Revitalization of the island 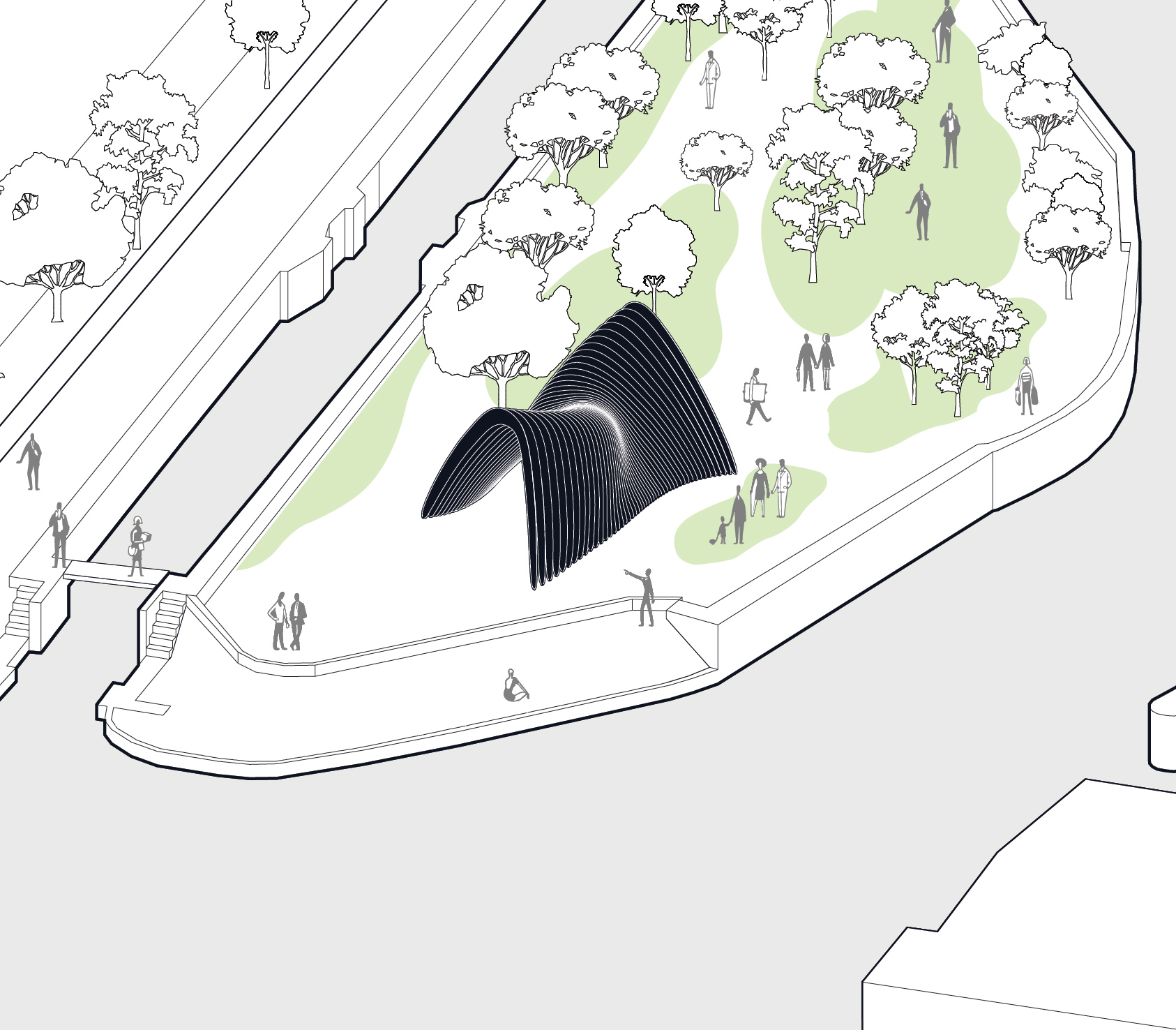 2017. Revilatization of the island. Making Daliowa Island a transitory meeting point with the distinctive NAWA sculpture and lush greenery trigger connotations with wilderness. 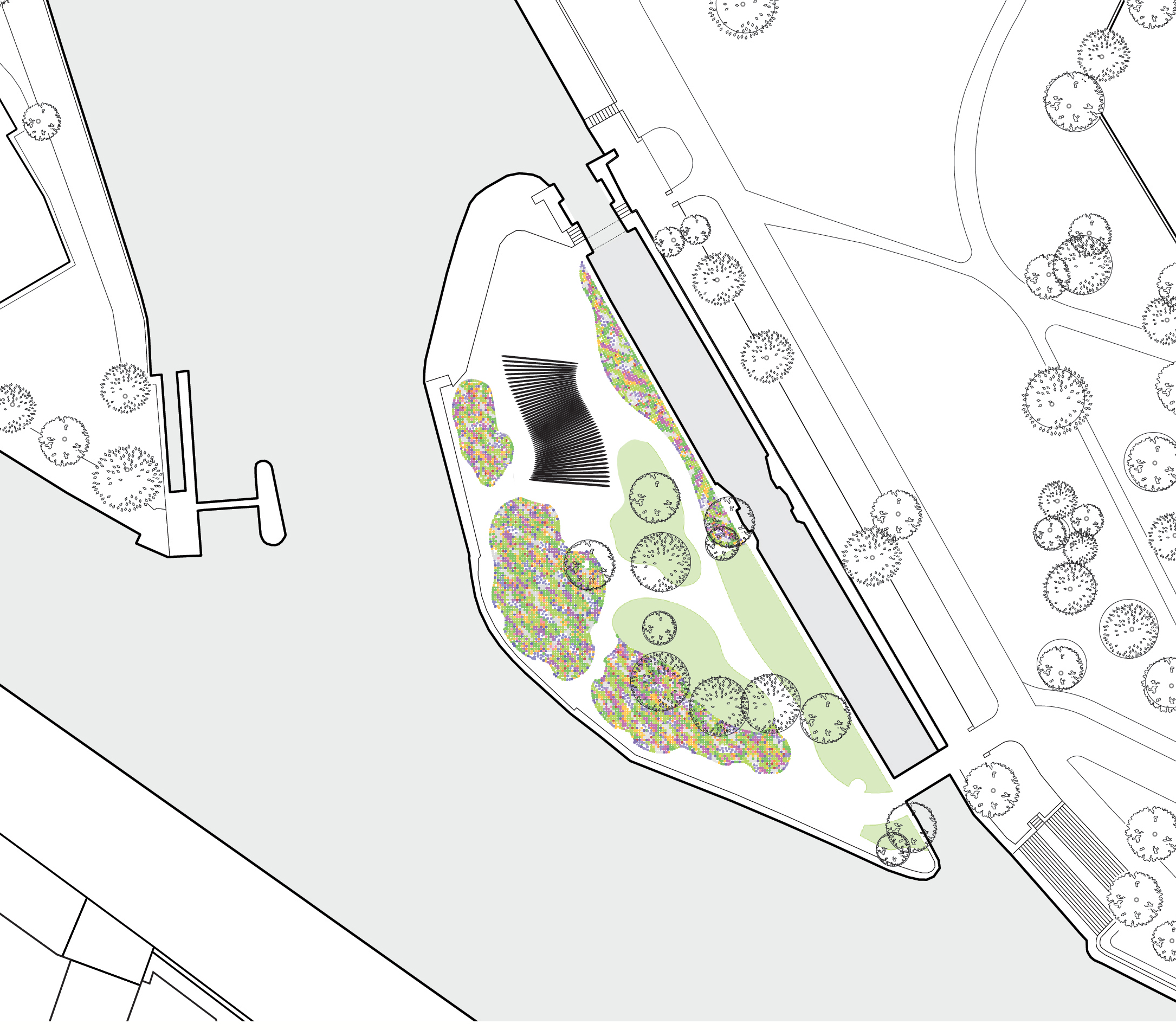 The new plants are chosen to stay attractive during the winter season and to pair with the existing fruit trees. This sculpture and its green surrondings are an organic unity, emerging from the waters of old Odra river and hiding. 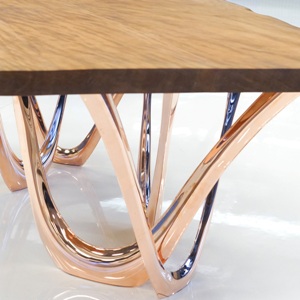 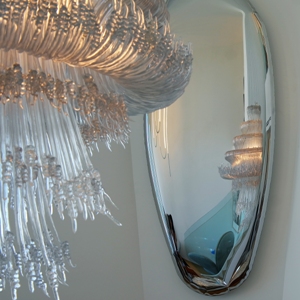 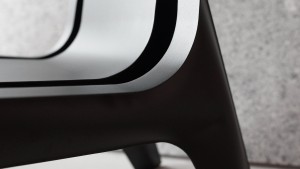 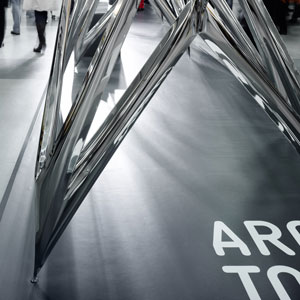