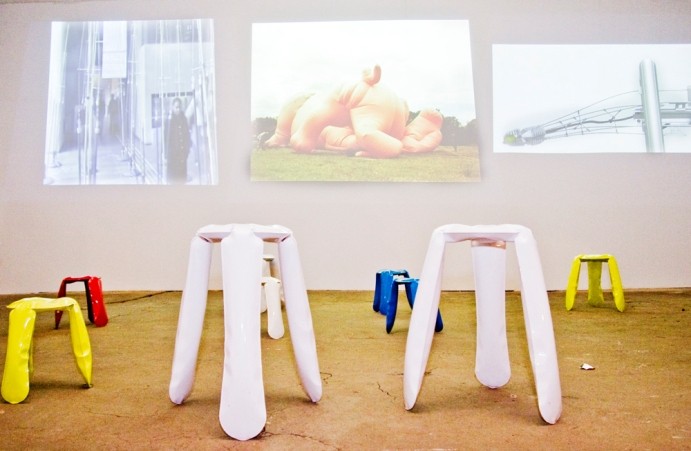 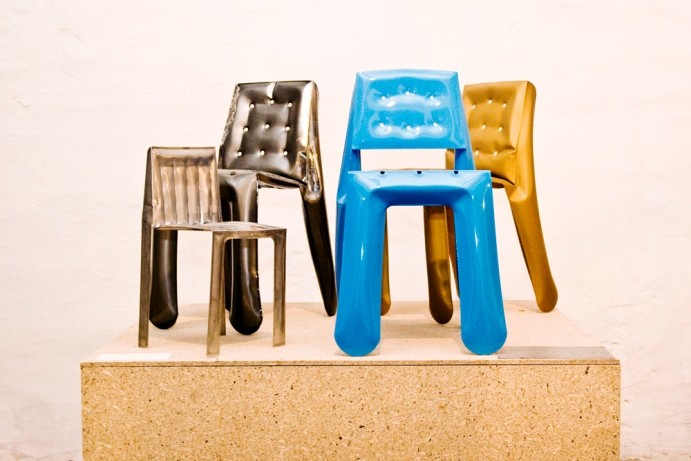 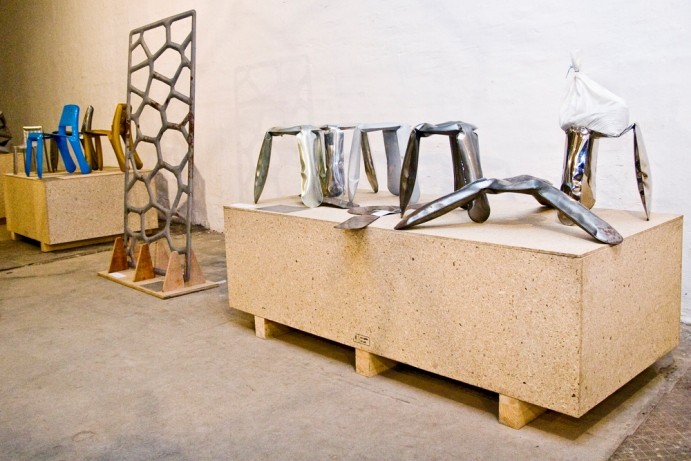 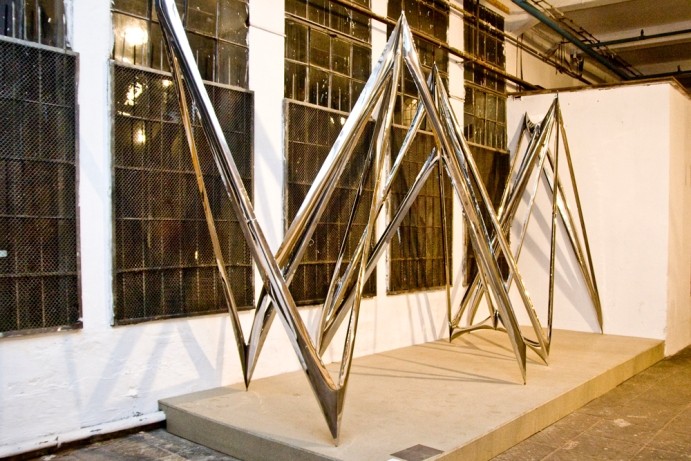 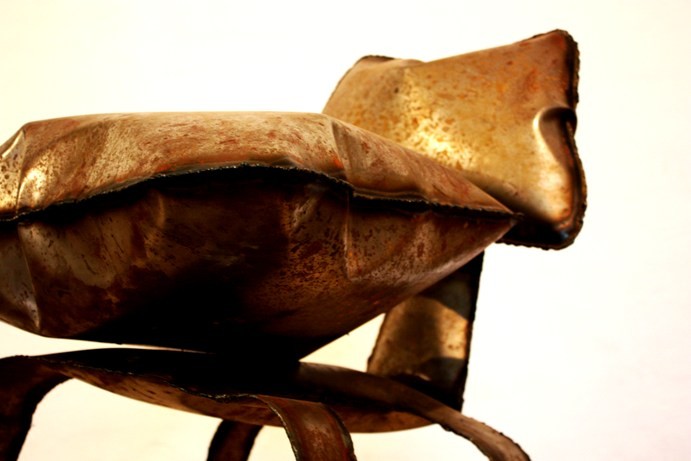 The exhibition “Underpressure” was curated by Oskar Zieta and shown during the Lodz Design Festival 2010. The collection of different inflated pieces included our experimental pieces and the current collection of furniture. We used a large space to show the history of FiDU technology.

Inflatable waterbeds, chairs and dolls are usually associated with play, beach and holidays. Inflatable tents and castles bring into mind the church fair hubbub. Apart from the icon, the De Pas, d’Urbino, Lomazzi & Scolari project, designed in 1967 for Zanotta, which has long been a part of the canon, inflatable beach equipment is not associated with design. Yet, filling two-dimensional objects with air is increasingly popular in the production of functional elements, not exclusively those entertainment-based, but also in furniture manufacturing, the production of interior elements, security systems or light self-supporting constructions.

The obvious icons of the furniture industry are the “Plopp” stools designed by the exhibition’s curator Oskar Zięta and benches with extraordinary load-supporting capacities, which are equally stiff in the one metre and two metres versions. Those objects, which were merely a research stage for Zięta, became a real milestone of new technology consisting in inflating and shaping metal forms by means of compressed air. Economy of material, processing ease and excellent durability are just a few of the advantages. The new technology is employed in architecture (the flying Open House of the Swiss Instant studio) in bridge construction, construction of wind turbines and in many other cases. In large non-stationary constructions it reduces weight, saves space and facilitates transport. Engineers and technologists rub their hands!

>The traditional method of inflating paper, plastic and soft forms can also be applied to objects other than toys while the excellent protective properties of ‘trapped’ air bubbles can serve not only as protection during transport. We all know bubble wrap, car air bags and dunnage bags. Such bags were used as elements of the “Blow” sofa (Malafor). Designers use them readily. Lamps from studios like the Polish Puff-Buff or projects by Nacho Carbonell and Anika Engelbrechtevoke smiles but they are no toys. Also, artists representing the so-called high art do not shun inflatable (yet not inflated) ideas. The most renowned ones like Jeff Koons or Kerim Seiler sell their works for inconceivable sums.

>Such extraordinary concepts are presented by Oskar Zięta in his exhibition. They interweave mundane, sometimes even crude, fragments of everyday life with the results of mathematical calculations and the experience of laboratory researchers. He presents those ideas comprehensively, democratically and interactively.