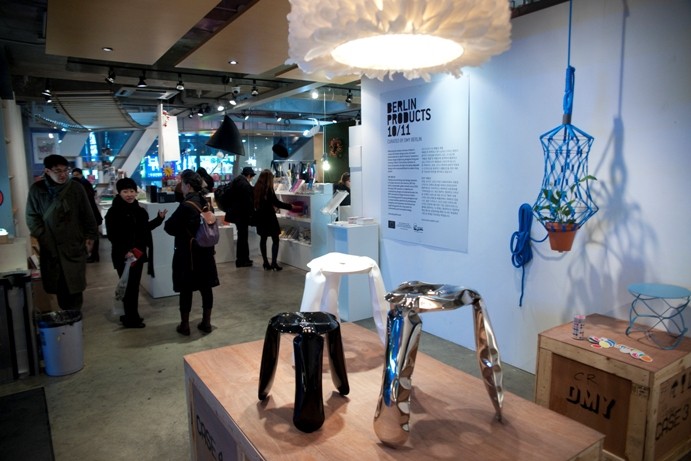 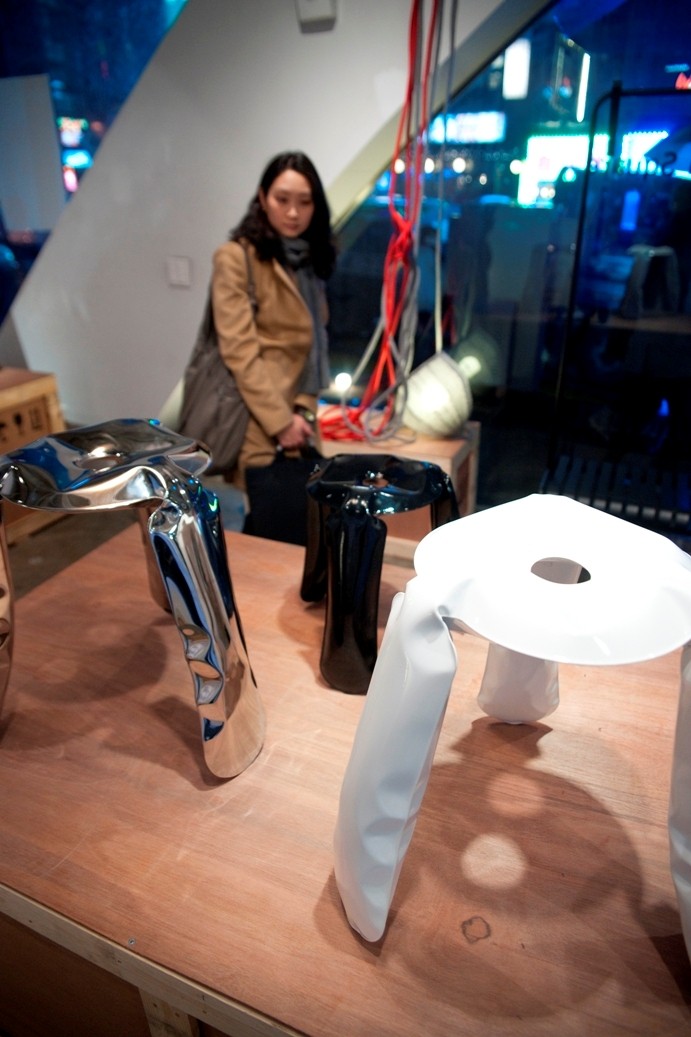 Our products were included in the DMY Asia Tour 2010. With other products, they were shown during the design events in countries including Taiwan, Japan, South Korea and Thailand.

The show was focused on fresh, innovative products and so our Plopp stools, Chippensteel chairs and Multipunkt magnet boards are designed and produced using the unique FiDU technology, which allows to create unique shapes and one of a kind objects efficiently, using the computerized design process and robotic production.

To showcase how we learn about the ‘controlled loss of control’ while deforming steel sheets with internal pressure we also involved one of the prototypes of Chippensteel chairs as an evolution between first trial objects to the final Chippensteel chair that is produced now. On an example of a chair one can see, that predictability of the final form in FiDU is a thing to learn.

The DMY Asia Tour exhibition was also showed at the DMY Berlin 2011 from 01 to 05 June, which was the third time for Zieta Prozessdesign. The year before, Zieta Prozessdesigned organized an exhibition ‘Blow Up’ with ETH Zurich, to show the previous experiments, engineering objects and design objects in FiDU.